Switch to full style
This is the place where the majority of the warbird (aircraft that have survived military service) discussions will take place. Specialized forums may be added in the new future
Post a reply
jdeters79

I'm looking for information regarding acquisition of Korean War mission reports. My wife's grandfather was a B-26 pilot assigned to the 8th Bomb Squadron, 3rd Bomb Wing, and was awarded the DFC for night low level attack missions. If possible, I'd like to obtain mission reports from his missions. Between the mission reports and his logbook, we hope to identify aircraft which he flew and ultimately see if there are any surviving aircraft.

I look forward to any advice anyone is able to offer. 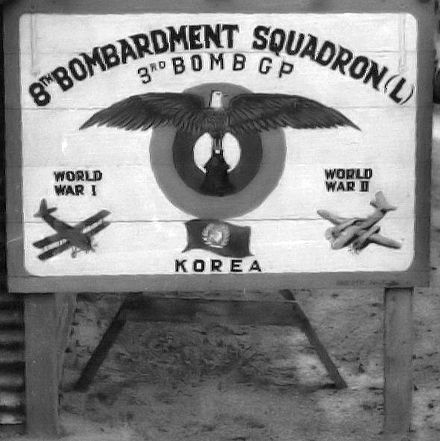 you can try here:
http://www.koreanwar.org/

Also the Air Force Historical Research Agency should have what you are looking for
http://www.afhra.af.mil/

submit an archival request or a FOIA request
jdeters79

Thanks. I'll try and archival request first and see where that leads.
junkman9096

Also have you tried scanning through this website?
http://www.3rdattackgroup.org/

UPDATE - NARA responded that they only have mission reports through 1952 and that "there are no reports for the year 1953".

Page 117 is the start of the section "Record Group 342 Records of U.S. Air Force Commands, Activities, and Organizations". Page 118 contains the following description for "Mission Reports", which also reflects the reports in their possession only going through 1952.

II.442 Fifth Air Force combat pilots submitted reports of missions flown in Korea. Group and squadron level headquarters frequently transmitted these reports as teletype messages to the 5th Air Force. Message format paralleled 5th Air Force Intelligence Form #1 numerical categories, which included the following paragraph titles: date of mission; mission type and number; unit;
number and type of aircraft; takeoff and landing times; targets (with subparagraphs for name, coordinates, and results); observations; enemy aircraft encountered (type, location, time, duration); friendly casualties; weather conditions; brief resume of mission; and name of interrogator. NARA has custody of a limited number of unit mission reports. Some can be found in mission reports of U .S. Air Force units during the Korean War era, 1950–52 [UD, Entry 1008] (78 ft.).The two largest blocks, containing records of the 6147th Tactical Air Control Group and the 3rd Bomb Squadron, both cover the 1950–52 time period. Reports of the 7th, 8th, and 9th FighterBomber Squadrons cover only 1950 and 1951; those of the 18th Fighter-Bomber Wing, only 1950; and those of the 17th Bomb Group, 18th Fighter-Bomber Group, and 49th Fighter-Bomber Group, only 1952. Mission reports are generally in teletype message format with Fifth Air Force Intelligence Form #1 transcriptions attached to most of the teletype messages. The reports in this series are arranged by unit designation and thereunder in general chronological order by report date

I also submitted a request with AFHRA, to which they responded they have no 5th Air Force mission reports "for this period" (i.e. 1953). They did supply unit histories, but they do not contain mission reports.

I'm now trying to understand why there are no reports for 1953. Were they destroyed in the archives fire? Or maybe not declassified yet? Just trying to piece together if there is any possibility in the future of acquiring missions reports from 1953.

If anyone has any knowledge on the matter, I'd appreciate any feedback you can provide.

Edited to add: A single page of the documents contained in the second link above, rather than multiple pages.
https://catalog.archives.gov/id/12161110
Hemiman

darn, how did I miss this post??? I was good friends with many of the 8th Sq vets who flew both WW2 and Korea. My good friend, the late Ed Shook, started out as a flying sergeant and ended up as CO of the 8th at Wars end. Ed was at Atsugi when the Korean War started and flew many of the early daylight missions before they switched over to night sorties. I don't know if the 8th Association is still going but give me a couple days to see if I can track down anyone. Dad flew in the 8th during WW2. Here's the late Kalani O'Sullivan's website that does have info about the Korean War...http://8thattacksqdnassoc.tripod.com/WWII.html

This is a great read from a former RAAF P-51D Mustang pilot in early Korean WAr. The B-26's get mentioned.

Jordan! Great news (I hope) Past 8th Sq Assn President Brad Urey's widow just contacted me. She will be sending me two folders of info on the 8th dealing with the Korean War. Hopefully it will include the list of 8th Sq members!

Invader26 wrote:This is a great read from a former RAAF P-51D Mustang pilot in early Korean WAr. The B-26's get mentioned.


One can see many of the same bunch in this video:

Great video, I was wondering if Jordan ever found anymore info?
Adam Kline

Great video, I was wondering if Jordan ever found anymore info?
Adam Kline

Great video, I was wondering if Jordan ever found anymore info?
Post a reply
Switch to full style